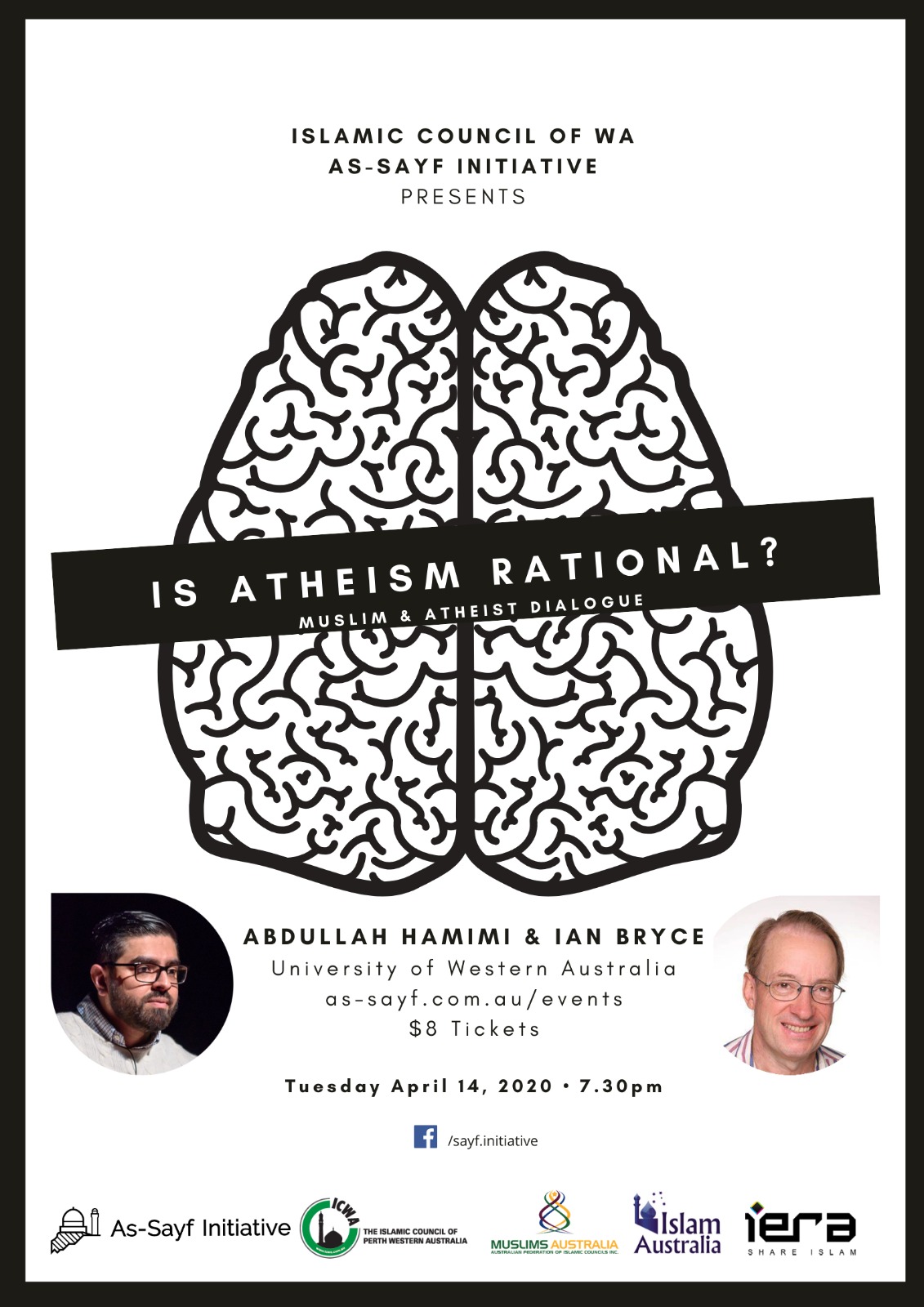 Topic: Is Atheism Rational?
Location: Social Sciences LT G.130, UWA (May be subject to change)
Time & Date: 7.30pm Tuesday 14th April
Info: Atheism has been on the rise in the West. Religiosity is decreasing. Atheists attribute the rise of atheism to its rationality, which they argue is based on a mixture of science, empiricism, and logic.

Religious people disagree. Abdullah Hamimi believes atheism is irrational and its foundations are flawed.This puts him in opposition to Ian Bryce who strongly believes that atheism is rationality and vice versa.

Join us on Tuesday night to witness the clash between Abdullah Hamimi and Ian Bryce as they debate “Is Atheism Rational?”.

As-Sayf Initiative will co-host this with the Islamic Council of WA, and Islam-Australia.