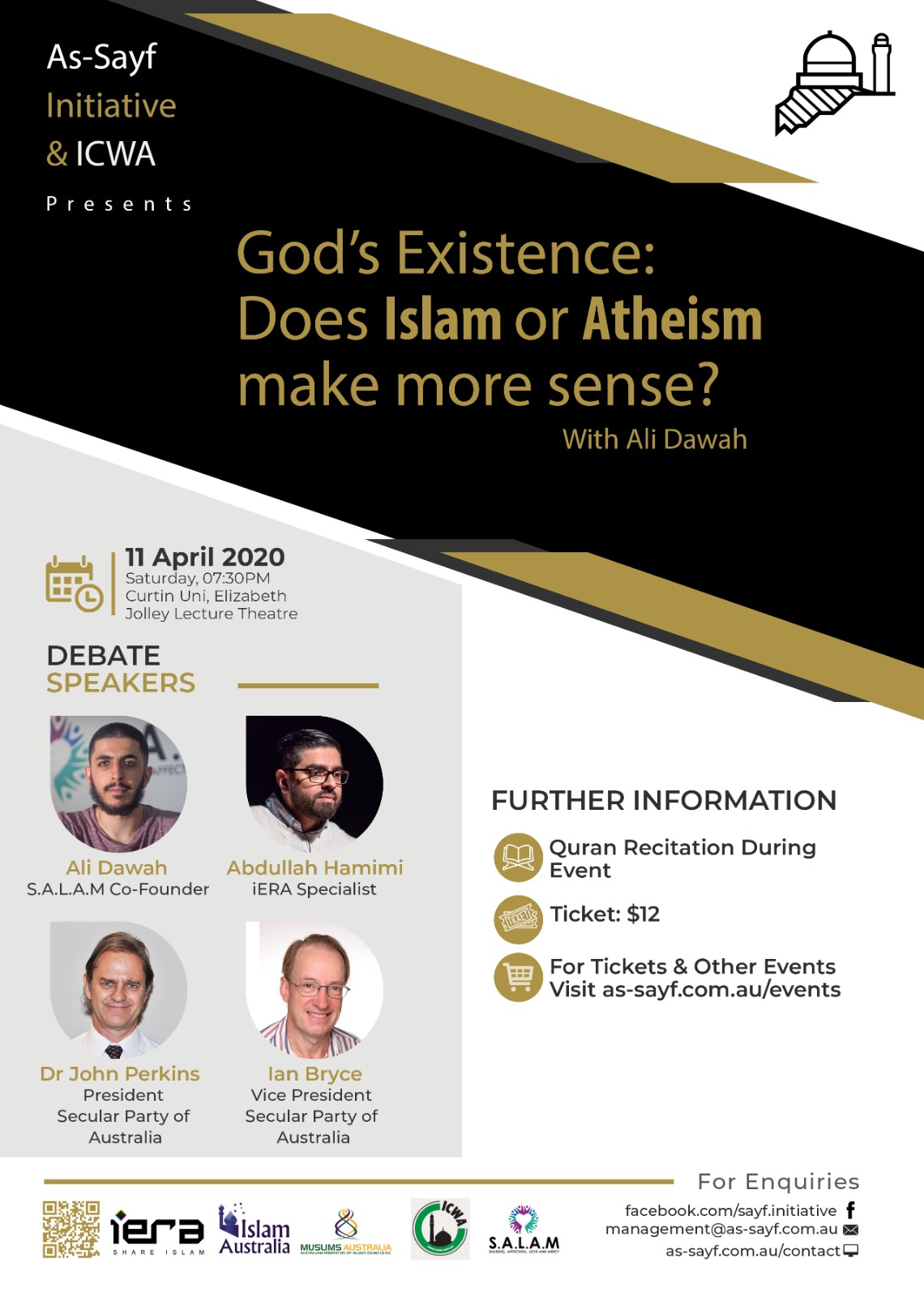 Topic: God’s Existence: Does Islam or Atheism make more sense?
Location: Building 101 Elizabeth Jolley LT, Curtin Uni (May be subject to change)
Time & Date: 7.30pm Saturday 11th April
Info: The question of whether God exists or not has been asked by believers and skeptics throughout history. From the Greek philosophers of old to the modern-day world, perhaps no other question has generated such debate.

Popular youtuber and S.A.L.A.M co-founder Ali Dawah (UK) and Abdullah Hamimi, an iERA dawah specialist from Melbourne, will make the positive case that Islam is correct in stating that God exists. Their opponents Dr. John Perkins, an economist by profession and the president of the Secular Party of Australia, and Ian Bryce, the vice president of the Secular Party of Australia, will attempt to prove the opposite: God does not exist and the atheist worldview is correct.