In the early hours of Tuesday, the 2nd August 2022, severe thunderstorms uprooted a large tree on the neighbouring public open space which fell directly onto the main prayer hall of The Canning Mosque (Suleymaniye Mosque), Perth, WA.

Significant damage was caused to the roof, structural beams, perimeter and boundary walls. Subsequent water ingress from the heavy rainstorm has since completely flooded the main hall and caused substantial damage to everything inside.

The damages are estimated to be in the hundreds of thousands of dollars. The structure is insured, however the damages are expected to far exceed the Maximum Coverage for storm damage.

*Help bring the Masjid back to its full glory! Say Bismillah and give with a ferocity that will make millionaires blush!* 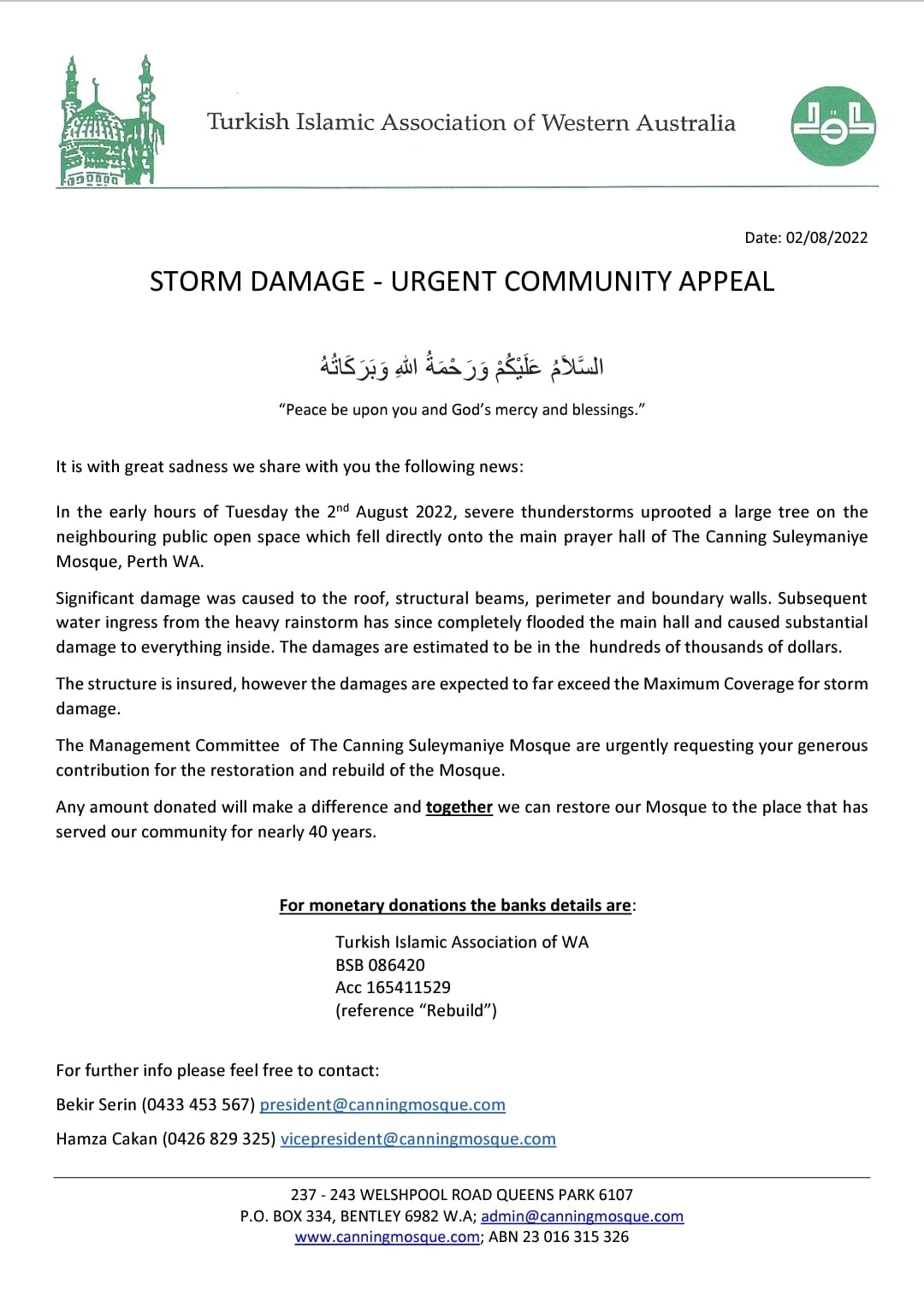