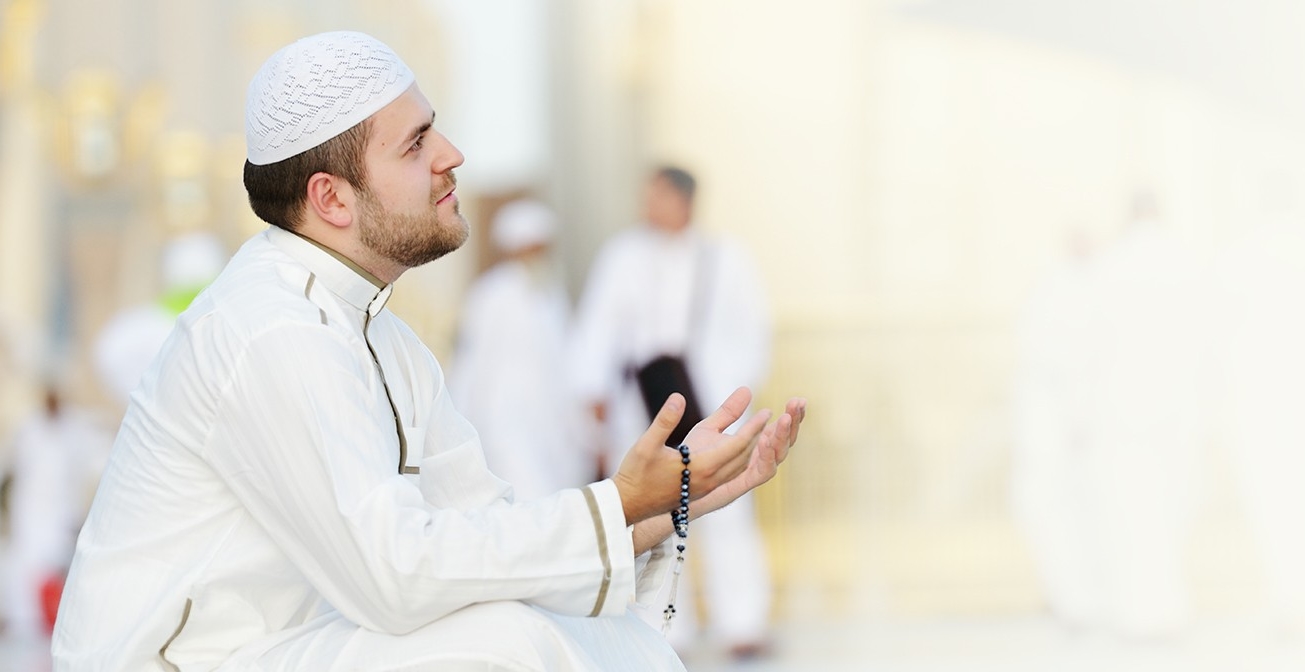 Why Do Muslims Fast?

This is a common but interesting question which a child may ask his/her parents. Non-Muslim may also pose it to Muslims. Here are some of the reasons why Muslims observe a one-month fasting during Ramadan.

Muslims must believe in, obey and implement, all the words of Allah contained in the Holy Qur’an.

The injunctions of Allah to Muslims are regarded as blessings and mercy, and when fully obeyed, they often lead to Allah’s straight path. There is no compromise with Allah’s injunctions: every sincere and God-fearing Muslim must obey them; this is a necessary precondition for being a Muslim.

Fasting is an important injunction that is directed to all Muslims (men and women), Allah (Subhanahu Wataala) says:

This injunction prescribed fasting as a compulsory duty for all Muslims, thus Allah (Subhanahu Wataala) says:

(O who believe, fasting is decreed for you as it was decreed for those before you; perchance you will guard yourselves… The month of Ramadan is the month in which the Qur’an was sent down, a guidance for the people, and clear verses of guidance and criterion.)[Quran 2:183]

Clearly, fasting Ramadan is a divine injunction mandatory for all able-bodied Muslims who are free from compelling excuses. Whoever deliberately forgoes fasting in Ramadan, should know that he has disobeyed Allah’s injunction and no amount of fasting thereafter can give her/him a reward equivalent to one missed Ramadan as obvious in this hadith:

Abu Huraira reported that Prophet Muhammad (Peace Be Upon Him) said:

“whoever did not fast one day of Ramadan without a genuine excuse or a disease then even if he fasted for a complete year, it would not compensate for that (missed Ramadan) day”(Sahih al-Bukhari, vol 3,p.88)

(2) To practice the tradition, and way of the pious people.

Fasting is not new to Islam; it is, indeed, as old as Adam, who was the first creature and the first Muslim to submit to only one Allah.

Since these Prophets were Muslims, it can be seen that by asking Muslims to fast, Allah intends to draw their attention to the practice and tradition of those pious predecessors who attained piety through fasting.

This verse shows that fasting was observed by the people (i.e “ahl el ketab”) who existed before Muslims and so it is a “sunnat Allah” (i.e a tradition approved by Allah) for those who lived aforetime and for the Muslims who are now the best generation ever raised for mankind. Allah (Subhanahu Wataala) says:

(“As for” the sunnat Allah (approved) for those who lived aforetime, no change will you find in “such” sunnat-Allah)[Qur’an 33:43]

Therefore, fasting Ramadan should be seen as a propagation of the tradition approved by Allah for all those who submit to him.

(3) To learn how to attain piety

By the very nature of human beings, they are susceptible to sins and transgression of Allah’s limits. Generally, Muslims are prohibited from gossiping, backbiting, slandering, hypocrisy, lying, cheating, grudges, fornicating as these vices oppose the teachings of the Holy Qur’an.

Since Muslims are human beings created to err as a result of forgetfulness, they need to be reminded and coached against any social vices from time to time. This will require a fixed training period where Muslims will know and learn how to put an end to vices, learn virtues and get closer to Allah. That training period is fasting during Ramadan, which occurs once in every year. During Ramadan:

(a) Compulsory five daily prayers are observed regularly and timely.

(b) Zakat-ul fitr (alms giving) is paid on or before the “Eid Al Fitr (the festival that commemorates the end of Ramadan), Zakat-ul fitr is to teach Muslims to do charity (sadaqa) and to remind them that after Zakat-ul fitr they should not forget to pay on time their annual divine obligatory Zakaat, the fourth pillar of Islam.

(c) “Tarawih and Tahajjud” prayers are observed in the evening and night of Ramadan (this is to teach Muslims to observe “nawafil” (i.e additional) prayers after Ramadan so as to strengthen their faith and get their supplications to Allah accepted promptly.)

(d) Muslims must lower their gaze during Ramadan (to free Muslims’ hearts and eyes from corruption and from devil’s whisperings to do evil deeds).

(e) Excessive intake of food is avoided (this regulates the stomach from being pot-bellied).

All these good things which fasting fast teaches Muslims are the means to attain piety. This is why the verse on fasting Ramadan says:

(O ye who believe, fasting is prescribed for you…so that you will (learn how to attain) piety)[Qur’an 2:183]

The Qur’an was revealed to Prophet Muhammad (Peace Be Upon Him) in one night during Ramadan. It is called the night of Power (Lailat-al Qadr). The deed in this night is better than the rewards of deeds of 1,000 months (about 83.3 years).

Specifically, this night is in the last ten days of Ramadan and usually in one of the odd days (i.e. 21, 23, 25, 27 and 29th). A Muslim is expected to perform extra prayers (Nafelah), recite the Qur’an, do “zikr” etc …in the night. Since no one knows precisely which of the odd days is“Lailat al-Qadr”, Muslims are expected to be in seclusion (Etikaf) during the last 10 days of Ramadan and the best place to do so is in the mosque.

It should be mentioned that Angels descend in succession during the Lailat al-Qadr and they go round with special greeting of “peace” till dawn. The number of these angels is uncountable and they descend with special command of Allah.

The following chapter of the Qur’an details the event of Lailat al-Qadr:

Thus, Any Muslim who wishes to benefit from the Night of Power must fast during the month of Ramadan.

(5) To show Muslims how to get their past sins forgiven

Islam is a religion that stresses equality: both the poor and the rich (men or women) are equal as slaves in the sight of Allah. In Islam the surest way to obtain Allah’s forgiveness for one’s past sins is Pilgrimage (the fifth pillar of Islam) which unfortunately is only easy for the rich to afford its expenses.

But Allah (Subhanahu Wataala) never ignores the poor; rather he made fasting during Ramadan as a means of placing the poor and the rich on equal footing in terms of asking for forgiveness for their past sins.

If a Muslim can not perform hajj, there should be a way to compensate him/her. Allah has chosen Ramadan for all Muslims to get their past sins forgiven as evident in this hadith:

Narrated Abu Huraira(r.a); Prophet Muhammad (Peace Be Upon Him) said:

Therefore, Fasting Ramadan unites Muslims and brings them together, as equal slaves to Allah, who can be forgiven of their past sins devoid of discrimination in the sight of Allah.

Islam is built upon five pillars. The third pillar is fasting (i.e fasting during Ramadan). The wisdom behind its third position is because it is a fulcrum upon which the other four pillars (Tawheed, salaat, zakat and Hajj) are balanced. It is the only pillar that encompasses all the four other pillars in the sense that:

(a) Before someone observes fast, he/she must be a Muslim, sane, matured, and free from excuses (such as menstruation, illness, traveling long-distances, child-birth bleeding, etc). And since a Muslim is required to proclaim “Shahada” (i.e Tawheed, the first pillar of Islam), fasting is directly tied to “shahada”.

(b) Praying is the second pillar of Islam that distinguishes Muslims from others; this means that a Muslim must pray regularly to become a true Muslim. It follows that fasting during Ramadan without regular praying is meaningless.

(c) Zakat (the compulsory alms giving) is aimed to make the gap between the rich and the poor bridged to a certain extent. In Ramadan, every fasting Muslim, must pay Zakat-ul fitr on or before the Eid AL Fitr day. Zakaat-ul fitr is in some sense a low-profile zaka.

(d) Hajj (pilgrimage) is a duty which Muslims owe to Allah and it is to help the pilgrims to get their past sins forgiven. Coincidently, fasting during Ramadan has the same result.

From the foregoing, it can be concluded that fasting is an epitome of the pillars of Islam. Therefore, every able-bodied Muslim must fast to learn how the other four pillars operate.