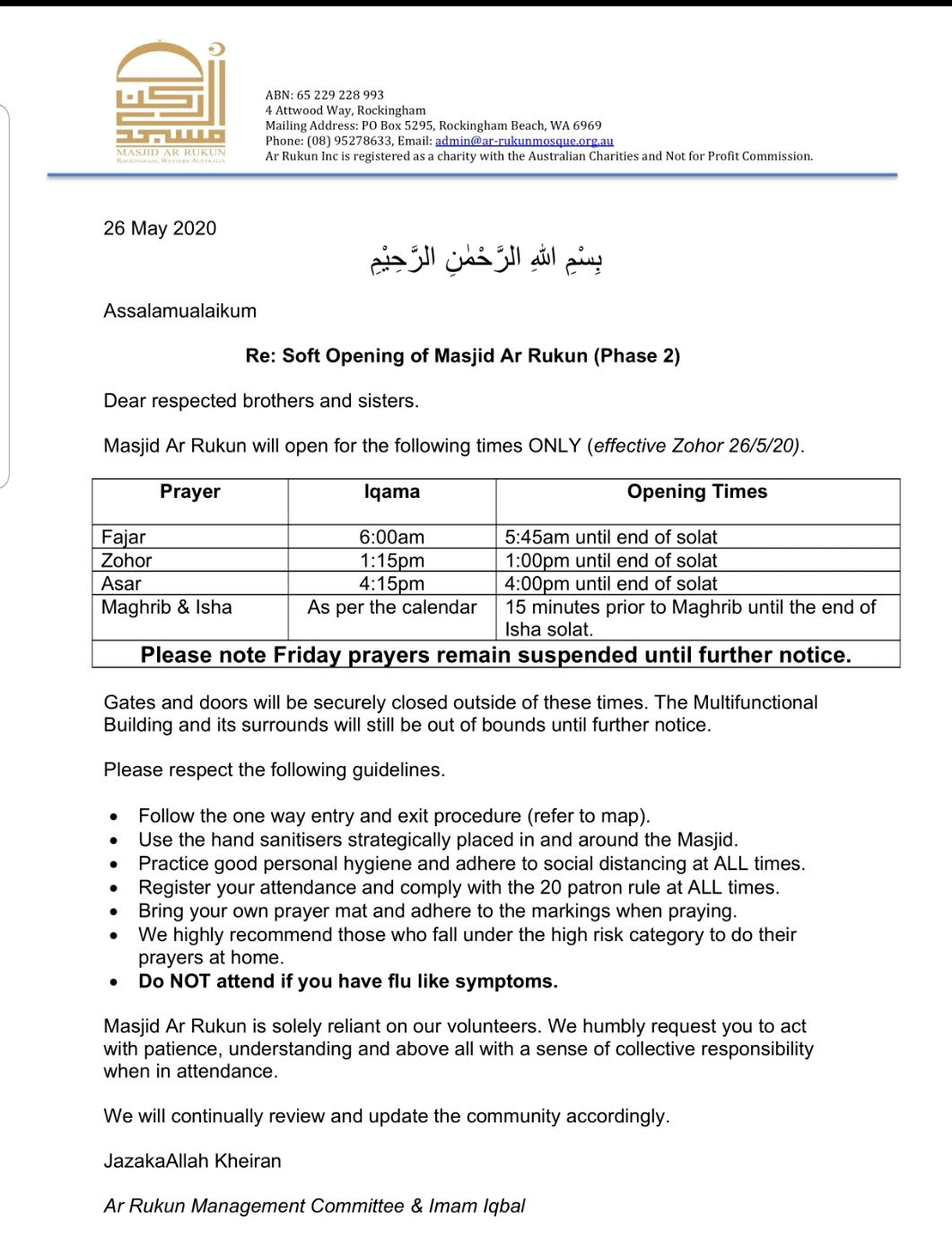 History of the Ar-Rukun Mosque dated back to 1994 when a group of migrant Muslims residing in Perth started an association to look into the planning and construction of a mosque where Muslims in the area could congregate. It was a massive effort by these pioneers who not only possessed the drive and determination but also made personal sacrifices to ensure their dream became a reality. On 23 June 1995, Ar-Rukun Harmony Incorporated was registered. Through their hardwork, dedication in raising funds and their strong determination and resilience in overcoming obstacles, the Ar-Rukun Mosque was finally built. 1998 marked the official opening of the Ar-Rukun Mosque at 4 Attwood Way Rockingham.

With the mosque standing tall amongst the other religious organizations surrounding it, Ar-Rukun became a centre for the Muslims in the area to congregate which was in stark contrast to their weekly congregation at the canteen of a school in Cooloongup. The mosque underwent a major upgrading when the multicultural function hall was built with the kind sponsorship of the Sultanate of Oman during the Sultan’s visit to the mosque.